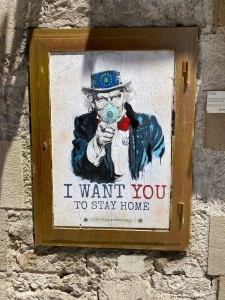 Europe is beginning to open its borders. There are hopes of retrieving a bit of the tourist season, which has suffered grievously. It goes without saying that tens of millions work in the tourism industry. The well-being of a huge number of Europeans is based on people’s interest in the sights of EU countries. And the virus really seems to be retreating. Looking at these countries, others where the epidemic is still raging, are beginning to lift restrictions. It appears that priorities are changing – economic shut-downs have already led to mass unemployment and a general fall in social productivity. Hard times are coming, the impact of which will be felt for a long time. In what must frankly be called a catastrophe there is much strange. There is still no plausible explanation about the origins of the virus. The medical community almost unanimously asserts that it is of natural origin, and all the strange coincidental links with long-standing investigations into its creation and adaptation to the human organism are merely a matter of chance. This may be so but “if something looks like a duck, swims like a duck and quacks like a duck, it probably is a duck.” And, if there is more than one coincidence, then they are probably not chance coincidences. This question is of great significance for the prognosis of our future. If the virus is an artificial creation, if it has not gone through the process of evolutionary selection, it will be short-lived, will mutate very quickly, will age from the human point of view and will vanish in short order, or will be preserved in insignificant numbers, insufficient to reach the epidemiological threshold. Admittedly, it will not be possible to make a vaccine from it. Moreover, a vaccine will not be needed. But note that from the beginning of the epidemic in each country to its cessation, approximately the same amount of time has passed, ir of the quarantine measures taken (around three months). Meanwhile, independent European medical experts are already noticing a significant decline in the mortality rate by the end of this period among those stricken with the virus. It looks like this is the case, doesn’t it? However, if this virus is “wild”, it will not disappear quickly, although a vaccine will be quickly found. What will be best for humanity, and what worse, I cannot judge. In my view, both are equally bad. Another oddity is our lack of psychological preparedness for the epidemic, the irresponsible spreading of panic by the media, the appearance of a certain vogue for this illness. How many politicians, artists, prominent people are involved here. This immediately increased the number of adherents and inspired followers. Were they all really ill? Well, God is their judge. At the same time, as in any form of social life, sceptics immediately appeared, who did not believe in the reality of the illness and stubbornly stuck to their point of view. However, both believers and unbelievers fell ill. 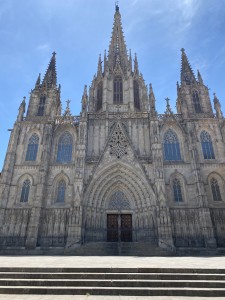 It is strange that during the epidemic no effective cure has been discovered. Why so? Work has been done with the virus for so many years and no cure has been produced. Or has it? This is worth investigating. All right, but what about the lightning spread of this illness over the planet? Even in the most out-of-the way places, even in the Amazon jungle, even on remote islands and among small African tribes? Let’s hope our descendants will find out, if we have descendants, of course… Because all this is reminiscent of universal war. I hope I am wrong about this, but we must all think nevertheless not only pleasant thoughts about the instinct to multiply, but about the preservation of Homo sapiens. What is needed for this? We need a completely new health care system, aimed at raising the level of social health. All virology work and research must be put under public control and conducted in the interests of society. There must be no personal interests here, only the interests of the human community. Correspondingly, financing must be divided up. Where now are our higher governmental organs? “There are none and anything goes.” In the epidemic the biggest, most powerful the most technologically developed states have suffered most: USA, China, the EU, Russia, Brazil. Is this not a reason to create a new unified social health structure throughout the world and at all levels of government; to concentrate human, material and intellectual resources; to devise new protocols for treating dangerous illnesses; to take control of the quality of human health care and preservation. All national health care systems must become cogs in one mechanism, irrespective of their sources of finance. Politicians, governing elites – where are you? Here is a global problem for you, a theme for your electoral programmes. This is more important than our current concerns and will achieve the desired result, even if not immediately.